Original Sin or Something Else?

Posted on September 10, 2013 by jesuswithoutbaggage

As we look around us we see a world filled with pain, violence, destruction, and death. Life is never safe for we are ever at the mercy of destructive forces of nature, the onslaught of disease, and victimization by power and greed. Then we die. 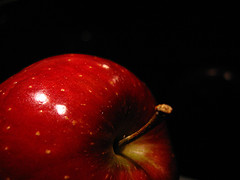 How did we come to be in such a dire situation? For some, the answer is the fall of Adam in Genesis. The idea is that when Adam disobeyed God we all disobeyed with him. We are born with original sin, and everything wrong with the world, including animal violence, natural calamities, and death are caused by the fall of Adam.

Where Do We Get the Idea of Original Sin?

Believers have not always focused so heavily on the concept of original sin, though it is widely believed today. The first inkling is found in Paul’s letter to the Romans chapter 5,

Paul is making a sustained argument about the superior power of Jesus’ work in our lives as opposed to the weaker power of our sinfulness. In passing, he compares the impact of Jesus to the impact of Adam. He is simply giving an illustration—not making a doctrinal statement. In fact, he says that, just as the many were made sinners, the many will be made righteous. It is the same many and the same all.

Paul even states that before the law of Moses sin was not charged to anyone, and the implication is that because of Jesus sin is no longer charged to us, though we are all subject to death because of Adam’s transgression.

The Church father Irenaeus was the first to elaborate on the effect of Adam’s sin on us; he was born about 90 years after the time of Jesus. But it was Augustine who, more that 200 years after that, developed a theory on the transmission of original sin from Adam to each of us.

The Real Problem with Adam

There is an additional problem with Adam: he didn’t even exist. Some may find this statement startling; others will not. Two major considerations support this assertion. The first is the growing recognition by biblical scholars and other believers that the first chapters of Genesis are not meant as descriptions of historical events, though they do provide a host of useful reflections on life.

What Adam and Eve’s choice represents allegorically is the foundation for all sin, not because of some infinite culpability on their parts, but because all sin has its origins in self-awareness.

And this brings us to the other consideration regarding Adam’s historicity. Science makes increasingly significant discoveries demonstrating that life developed gradually and that humans are late-comers. And the thing that most distinguishes humans from other living things is that we have tremendous self-awareness, which enables us to harm others for our own purposes while being fully aware of what we are doing.

What we call sin is people committing offenses against one another. Whereas animals prey on other animals (and humans) for their own benefit, they do so without awareness of morality. When humans do the same thing, they do so knowing the pain and suffering they cause. Yet they do it anyway.

Why is this? I believe when humans grew beyond the animal stage we retained our self-centered sense of survival and only gradually developed a stronger moral sense. Recently, my very good friend Dick Ford shared his thoughts on what he calls original selfishness, and I think he sums up the situation well.

My conclusions about sin and evil deal with self-absorption in different kinds and degrees. We are all born as utterly selfish organisms unaware of the existence of anything in the universe except ourselves. Only through a gradual process do we learn that other people exist, care for us (or don’t), require things of us, have feelings and experience pain as we do, and have needs as we do.

In sociology we learned there are three desirable goals in life: power, prestige, and material goods. All are selfish. Not all of us outgrow the innate selfishness which is, in my opinion, what sin is. Not all of us become sympathetic or empathetic; some are indifferent to the suffering of  others; some enjoy the suffering of others.

That is how I describe evil. It is only the most fortunate of us who reach the state where we place the welfare of  another above the welfare of our self. Too many of us remain stuck at some early, immature stage of development. It is difficult, painful work to continue onward and upward toward the higher level of moral and spiritual awareness and kindness toward others that Jesus taught.

Jesus taught us to  desire the welfare of others, and he also resolves our feelings of guilt and alienation.

But what about offenses toward God? Let’s talk about that next time.

Blog: https://jesuswithoutbaggage.wordpress.com/ Google+
View all posts by jesuswithoutbaggage →
This entry was posted in original sin, sin and tagged Adam, Eden, Genesis, selfishness, the fall of man. Bookmark the permalink.

18 Responses to Original Sin or Something Else?