Is It Appropriate for Believers to Use Violence to Advance Justice?

Posted on September 11, 2017 by jesuswithoutbaggage

I don’t talk about partisan politics on this blog, and I am not part of any political party. However, sometimes I do mention that the kingdom of God, by its very nature, is somewhat subversive to any government because it speaks to power, greed, and injustice. This is why Jesus was executed; he challenged the power, greed, and injustice of the Jerusalem establishment and did so in God’s name.

Recently, a regular reader suggested that I open a discussion in light of current political tensions as a reflection on how believers should respond to events.

Let me urge you to take up a really hot button topic in one of your upcoming posts: the increasingly open warfare between alt-right groups and Antifa groups, a simmering conflict recently brought to a tragic and bloody head in Charlottesville.

I know you have addressed the violence/nonviolence issue on numerous occasions, but what about reopening the discussion with special emphases on the Jewish Prophetic Tradition, Jesus’ impassioned denunciation of the rich and powerful, and, of course, the cleansing of the temple?

I, myself, am struggling to re-examine my positions and beliefs in light of these escalating tensions, and there would be no better place than Jesus Without Baggage to engage with others who are similarly struggling with how Jesus’ words and actions relate to our current cultural wars.

I agree with the propriety of introducing this discussion. I had not heard of Antifa before the conflict at Charlottesville, but I have since learned that this decentralized left-wing movement is very opposed to Nazism and White Supremacy. Well, so am I. So how should I, as a believer, relate to this type of group? As a believer, I agree with a lot of the emphasis of Democrats on justice issues. I can coöperate with them in advocacy and in voting for certain initiatives, but there is a problem with cooperating with Antifa on the left.

Some Antifa groups openly embrace violence in their battle against white supremacists. As a believer, I cannot approve of that. I don’t think any group, right or left, should engage in violence, but this is totally true of followers of Jesus. I think Jesus teaches his followers that any kind of violence is wrong for us; I believe in protest and advocacy–but not violence, vandalism, or destruction of property.

Jesus, The Prophets, and the Cleansing of the Temple

A number of the Old Testament prophets, along with Jesus, did indeed denounce the rich and powerful, which I think we believers should do as well when needed.

For three sins of Israel, even for four, I will not relent. They sell the innocent for silver, and the needy for a pair of sandals. They trample on the heads of the poor as on the dust of the ground and deny justice to the oppressed.

Is not this the kind of fasting I have chosen: to loose the chains of injustice and untie the cords of the yoke, to set the oppressed free and break every yoke? Is it not to share your food with the hungry and to provide the poor wanderer with shelter—when you see the naked, to clothe them?

Your rulers are rebels, partners with thieves; they all love bribes and chase after gifts. They do not defend the cause of the fatherless; the widow’s case does not come before them.

And when Jesus announced his mission in Nazareth in Luke 4, he applied Isaiah 61 to himself:

The Spirit of the Lord is on me, because he has anointed me to proclaim good news to the poor. He has sent me to proclaim freedom for the prisoners and recovery of sight for the blind, to set the oppressed free.

Later, of course, Jesus rebuked the rich and powerful over their treatment of the common people. 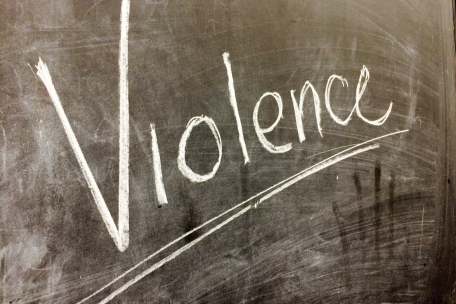 It is here that many people bring up Jesus’ cleansing of the temple. Now I would not participate in a ‘cleansing of the temple’ event, but I am not Jesus. Notice that Jesus, himself, did not involve his followers in this demonstration. However, while some people point to that event as violent I disagree. Art often shows Jesus beating the merchants with the cords, but the Bible does not say he did that–it says he drove out the livestock, which is the proper use of cords. Jesus demonstrated against trade in the temple courts and disrupted business, but we need not assume that he injured anyone or destroyed their property.

I believe Jesus was unhappy with the commercial use of the Temple grounds which prevented people from participating in the Temple, but rather than a violent act I think it was a prophetic demonstration against the misuse of the Temple and the disregard for the common people by the Jerusalem establishment. I wrote more about this previously.

So What Are Our Political Options as Believers in Promoting Justice?

As citizens of a democracy believers have the right to vote on policies, issues, and political candidates. I think believers can speak out against power, greed, and injustice in the government and in society. I think we can organize, advocate, and protest. But I don’t think we have the right, as believers, to become violent.

I am impressed by the history and success of non-violent protests as demonstrated by such leaders as Gandhi, King, and Mandela. We know this makes us vulnerable to the violence of those who oppose us, and we should be prepared for that; but we cannot fall back on violence ourselves.

Part of the suggestion for this post was to open a discussion on the issue—is it appropriate for believers to use violence to advance justice? I think it should be a good one; feel free to join in.

54 Responses to Is It Appropriate for Believers to Use Violence to Advance Justice?