Posted on November 21, 2016 by jesuswithoutbaggage

This is Thanksgiving week in the United States, and I am sure you who are Americans are already prepared for this Thursday. Most of us will gather with friends and loved ones for a Thanksgiving meal. Many will reflect on the things we are thankful for in our life.

It is my favorite holiday of the year. 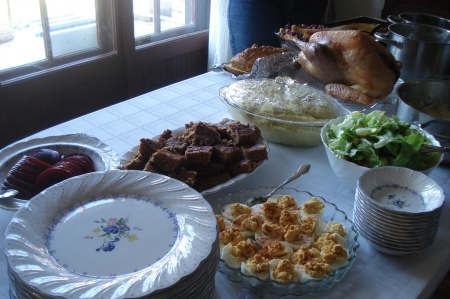 So let me take this opportunity to share something we should NOT be thankful for by considering the story of a man who was thankful for the wrong reason. I will call him Elias. Elias was a Pharisee who was proud of his righteous perfection; he kept all the religious rules and looked down on those who did not—most of them didn’t even try. Certainly God was displeased with them but very pleased with Elias.

Now not all Pharisees thought like this, but Elias did. Then one day Elias went to the Temple, as was his habit, and he saw a lowly commoner, who had no chance of gaining God’s favor, praying futilely at the Temple. It was apparent from his big belly that he didn’t fast regularly, and he didn’t even have tassels on his robe!

It was then that Elias expressed his thanksgiving.

I did not create this story. It is a story Jesus tells in Luke 18:

To some who were confident of their own righteousness and looked down on everyone else, Jesus told this parable: “Two men went up to the temple to pray, one a Pharisee and the other a tax collector.

The Pharisee stood by himself and prayed: ‘God, I thank you that I am not like other people—robbers, evildoers, adulterers—or even like this tax collector. I fast twice a week and give a tenth of all I get.’

It is always good to be thankful, but Elias was thankful for the wrong reason. He was thankful that he was better than other people and, because he did all the right rituals, he had access to God that others did not have and likely never would. Elias was a religious snob.

“But the tax collector stood at a distance. He would not even look up to heaven, but beat his breast and said, ‘God, have mercy on me, a sinner.’

This man felt differently than Elias. He knew he fell short (Elias would undoubtedly agree with that and perhaps would like to see him banned from the Temple). The commoner knew he fell short and did not live the righteous standard that Pharisees like Elias required. But he also wanted to be on good terms with God, even though his station in life with its demands and stresses prevented any possibility that he could ever live like the Pharisees.

So, with humility, he called on God’s mercy. Had Elias heard him say that he would probably smirk or even become irritated. But Jesus finishes the story by saying: 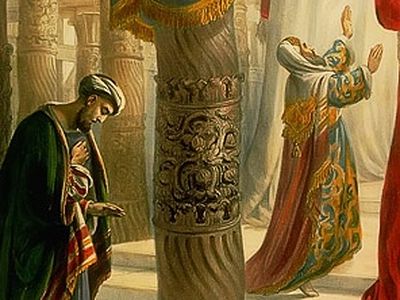 The publican and the Pharisee – public domain

What did Jesus conclude in his story? Elias was correct that only one of the two men were justified before God—but he was mistaken about which one it was. It wasn’t Elias!

How could this be!

Aren’t We Glad We Have No People Like Elias in the Church Today?

Hmmm…perhaps Elias is still with us after all. Elias was a legalist who felt free to judge other people—especially those who obviously didn’t live up to the standard. I must say…I know some of those people; I grew up with those people.

When I was a child, there was a man in the church who was very much like Elias: his righteousness was unquestionable; he was God’s own favorite because he was better than anyone else (even better than others in the same church); and he judged others freely, constantly, and with considerable condescension and superiority. I admired him and wanted to be like him. He was my hero until I finally realized what he was. Since then I have met many other believers much like him and Elias.

I have no need to judge people who are like Elias, but I will not be like them. I will not consider myself one of God’s most favored above others. I will not look down on those who do not live by church standards, including robbers, evildoers, adulterers, and even tax collectors. And I will always remember that these are the very people God loves and accepts, so I will love and accept them too.