Does Paul Tell Us to Bring Our Tithes to Church on Sundays? He Does Not

Posted on November 7, 2016 by jesuswithoutbaggage

In the churches I attended for the first 30 years of my life, I was taught that tithing to the church was mandatory—a claim I recently refuted in 5 Reasons Why the Harmful Doctrine of Mandatory Tithing is Wrong. Often they invoked Paul for support in just how we should pay our tithes by quoting 1 Corinthians 16:

On the first day of every week, each one of you should set aside a sum of money in keeping with your income. 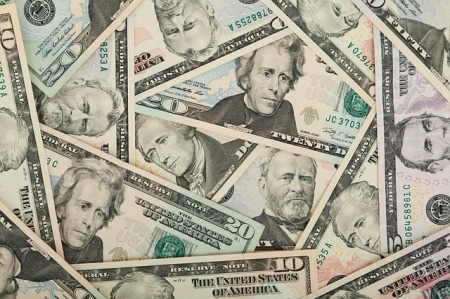 Paul and the Relief of the Poverty-stricken Jerusalem Church

Other than Jesus’ teaching on helping the poor, and his comments about the wealthy who are too attached to their wealth, Paul is perhaps the New Testament writer who talks most about giving. But his comments usually relate to one single project—the financial relief of the poverty-stricken Jerusalem church.

The poverty of the church in Jerusalem gave Paul a wonderful idea: the gentile churches he established could help the Jerusalem church financially, which would also serve to express their appreciation to, and solidarity with, the Mother Church. This could also improve relations with the Jewish church that still had reservations about gentile believers.

Paul enthusiastically promoted this relief operation among his gentile churches in Galatia, Achaia, and Macedonia. We learn about the project from Paul’s letters.

We first hear of the program in 1 Corinthians 16, which supplies context to the ‘tithing’ passage we read above:

Now about the collection for the Lord’s people: Do what I told the Galatian churches to do. On the first day of every week, each one of you should set aside a sum of money in keeping with your income, saving it up, so that when I come no collections will have to be made.

Then, when I arrive, I will give letters of introduction to the men you approve and send them with your gift to Jerusalem. If it seems advisable for me to go also, they will accompany me.

We learn that the collection is already in progress among the gentile churches and that gentile church representatives will carry the funds to Jerusalem. We learn the names of some of these representatives in Acts 20: ‘Sopater son of Pyrrhus from Berea, Aristarchus and Secundus from Thessalonica, Gaius from Derbe, Timothy also, and Tychicus and Trophimus from the province of Asia.’

However, it seems that the Corinthian church drug its feet in participating. Paul devoted the entirety of 2 Corinthians chapters 8 and 9 to encouraging them to complete their part of the project. First he shared with the Corinthians the great success and enthusiasm of the Macedonian churches in regard to the project and said he was sending Titus to help the Corinthians bring their gift to completion.

Both chapters are worth reading, but here is some of what Paul said.

~I am not commanding you, but I want to test the sincerity of your love by comparing it with the earnestness of others.

~I know your eagerness to help, and I have been boasting about it to the Macedonians, telling them that since last year you in Achaia were ready to give; and your enthusiasm has stirred most of them to action. But I am sending the brothers in order that our boasting about you in this matter should not prove hollow, but that you may be ready, as I said you would be.

~Each of you should give what you have decided in your heart to give, not reluctantly or under compulsion, for God loves a cheerful giver.

Paul’s letter is positive but seems to suggest the Corinthians needed motivation to complete their commitment to the project.

Other Mentions of the Jerusalem Collection

Paul’s letter to the Romans is not about the Jerusalem collection, but he mentions it in chapter 15:

And Luke mentions the relief funds in Acts 24.  When Paul arrived in the area, the high priest brought charges against him before Governor Felix. Paul explains his presence in Jerusalem:

After an absence of several years, I came to Jerusalem to bring my people gifts for the poor and to present offerings.

This is the last we hear of Paul’s Jerusalem collection, from this point Paul’s story is about his arrest and his imprisonment in Rome. Paul’s Jerusalem collection from the gentile churches is inspiring. The gentile churches’ generosity, along with Jesus’ words and other passages from the New Testament, should encourage believers to also give to the poor.

But something we do NOT learn from Paul’s comments about the collection is that we should pay mandatory tithes to the church. Nothing was farther from his mind. To use his statements on giving to enforce tithing is misguided and wrong.

21 Responses to Does Paul Tell Us to Bring Our Tithes to Church on Sundays? He Does Not