The Bible is not a Rule Book: Overcoming Legalism

Posted on July 25, 2016 by jesuswithoutbaggage

2. If the Bible is not the rule book, then how do I live and behave?

I think these are reasonable questions worthy of answers. 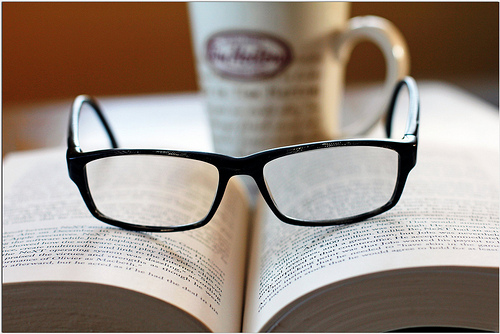 If the Bible is not a Rule Book, What Use is it and How do I Live and Behave?

For some, hearing that the Bible isn’t filled with commands for us to observe is startling, because finding favor with God by following his commandments is the practical basis of their faith—they see this as their primary duty as Christians.

But, though the Bible does have a lot of rules here and there, believers are not to observe religious rules but are to follow principles taught by Jesus. In both his words and his personal behavior Jesus tells us the important thing is how we treat people. Aligning with the love of God and treating people fairly and with love, respect, empathy, compassion, and concern is what we are to do as followers of Jesus; if we do this then religious rules are unnecessary.

Both the Old Testament and New Testament contain things people are told to do or not to do, but they are NOT rigid commands of God. The Bible was written by people who felt close to God but wrote from their own cultures and limited understanding. Sometimes, they thought they were actually speaking for God.

But the God we now know through Jesus would not command genocide or execution of people for various social infractions. These orders were dictated by Israelite leaders who might have mistakenly thought they were representing God.

Other statements in the Bible that legalists mistake for God’s universal commands are simply proverbs, poetry, opinions of biblical writers, stories, or observations. Like any such writings, these might be useful for our personal consideration, but they aren’t commands from God that we must observe.

The Bible is useful in many ways. It has lots of helpful thoughts and tells us of Jesus—but it is not a rule book for us to follow.

Negative Results from Using the Bible as a Rule Book

Regarding the Bible as a rule book weighs believers down with observing rules instead of living freely and growing in love and maturity. But beyond this generally harmful result some legalistic rules really hurt people.

Many take this as a command from God for us to hit, or even beat, our kids! But this is only a proverb in a collection of proverbs from a variety of sources. However, untold numbers of children are abused, traumatized, and alienated by misguided parents thinking the Bible is a rule book requiring them to do this.

Will a mere mortal rob God? Yet you rob me. But you ask, ‘How are we robbing you?’ In tithes and offerings. You are under a curse—your whole nation—because you are robbing me. Bring the whole tithe into the storehouse, that there may be food in my house.

The Israelites are accused of not bringing the commanded tithes to the temple to support the ritual priests, but this passage is twisted by many ministers to cajole members into giving 10% of their income to the church to support the minister, staff, buildings, and programs. Members are often threatened with consequences of not obeying this ‘command of God’, and it does not matter if members cannot afford it. Entire families are hurt by this false ‘commandment’.

A church is not the temple, and ministers are not priests. Nowhere in the New Testament are we asked to build buildings or hire ministers. Now if we choose to do so, then we should support them; but we have no obligation to give 10%.

By the way, Malachi wrote these words and he is not God.

A woman should learn in quietness and full submission. I do not permit a woman to teach or to assume authority over a man; she must be quiet.

This passage is taken in some churches as a stern order from God and has been used in dominating women for ages. Today, it is seen as a key command supporting the concept of spiritual patriarchy in many churches. But it is NOT a command from God; the author is not inerrant and even he says that it is his own personal practice.

I was taught to follow all these ‘commands’, but it is not God’s character to burden people with legalistic rules; Jesus teaches differently. Behavior DOES matter but is based in following Jesus’ teaching to love others and treat them accordingly.

Other articles in this series: What the Bible is Not

38 Responses to The Bible is not a Rule Book: Overcoming Legalism