What Do We Learn from ‘Jesus Begins His Work’?

Posted on November 9, 2015 by jesuswithoutbaggage

For the past few weeks we looked at the beginnings of Jesus’ work of teaching and healing in Galilee. This period closes just before Jesus chooses twelve apostles to help expand his work even further. While we witnessed many healings, we do not hear him teaching his followers, though this occurs quickly in the next phase of his work.

In my opinion, we learned a lot about Jesus and his development in this beginning phase. Two significant considerations are: 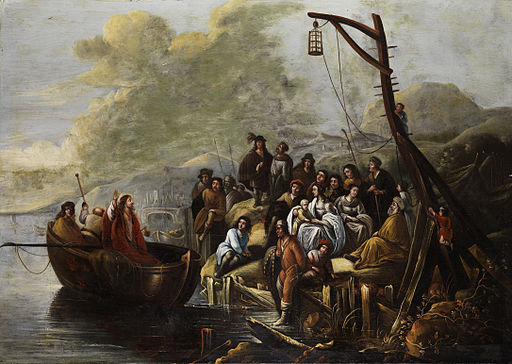 1. Does Jesus Demonstrate Judgment or Compassion?

The series introduction emphasizes a central proposal of this blog that Jesus’ message and example are geared toward empathy, reconciliation, and acceptance rather than judgment, condemnation, and exclusion. But a legitimate question remains: Does systematic exploration of the Gospels really support these claims about Jesus’ words and actions?

This is a very valid, and important, question.

In the beginning stage of Jesus’ work, we don’t yet see definitive indicators one way or the other, but there are some interesting clues.

Jesus avoids judgmental themes from John the Baptist and Isaiah. While Jesus picks up John’s message “Repent, for the kingdom of heaven has come near.”, he omits John’s warning “The ax is already at the root of the trees, and every tree that does not produce good fruit will be cut down and thrown into the fire.”

In addition, at his home synagogue in Nazareth Jesus uses a passage from Isaiah to declare his mission “to proclaim the year of the Lord’s favor”. But he leaves out the key phrase that follows: “and the day of vengeance of our God.”

These seem to me potential early indicators that Jesus is not judgmental and condemning.

Jesus reveals his target audience. We learn that people are amazed by Jesus’ teaching, though we learn almost nothing of what he taught (this will change). So we cannot determine if his teaching is judgmental, but we can draw inferences from his target audience—the common people.

From his announcement at the Nazareth synagogue to the descriptions of the crowds he drew and accepted, we see Jesus focusing on the marginalized and those who are not careful about religious laws (‘sinners’). While he attracts attention from the religious élite, and does not turn them away, he focuses his ministry on common people; and he does so without judging or condemning them.

Jesus is generous with healing and forgiveness. The thing we notice most from his early ministry is that Jesus heals people. To me his concerns for the needs of others demonstrate a consistent empathy and regard for their well-being. Again, he does not judge or condemn them. In fact he sometimes includes forgiveness of their sins without requiring them to say a ‘sinner’s prayer’ or promise to behave better.

Jesus resists the judgmental pressure of the legalistic Pharisees. The Pharisees push Jesus on several issues such as his eating with ‘sinners’, not fasting, and his inappropriate activity on the Sabbath. Jesus will have none of it. He seems totally unwilling to accept legalistic requirements for his followers or legalism’s attendant judgment and condemnation.

So far, it seems that Jesus’ actions are completely on the side of compassion and against judgment and condemnation. We will see how this develops whenever we take up the next phase of his work—teaching his followers.

Jesus’ story begins with his response to John the Baptist’s announcement of the coming kingdom of God. It is not clear that Jesus was even aware of his important role in the coming kingdom at this point. We are told there was a voice from heaven at his baptism, which might have been his first realization that he was someone special.

Jesus’ healings confirm his authority. Jesus not only teaches people—he heals people. This is something even the Pharisees can’t do. So when there is conflict between them, no one can ignore the fact of Jesus’ healing power.

These short, pithy pronouncements are not just lessons of the day. Jesus speaks them to assert his independent religious authority.

End of the Series

These are important things I learned from Jesus’ early ministry. What are your thoughts? What did you learn?

In a couple days I will post an options list for you to help choose our next series. I hope you will participate and give me some direction. I can really use it!

Articles in this series

The Beginning of the Good News about Jesus the Anointed One
Do Jesus’ Words and Actions Demonstrate Empathy — or Judgment?
Does Jesus Disagree with John the Baptist’s Message of the Coming Judgment of God?
Why Didn’t Jesus Recruit Better Help for His Galilean Work?
Did Jesus Really Heal People?
Do Demons Exist?
Jesus Adds a Shocking Twist to Healing
Jesus Calls a Fifth Follower—and What a Loser!
Jesus Refuses to Ask His Disciple to Fast
Entering the Kingdom Requires Abandoning Old Religious Systems
Jesus Gets into Trouble for Disrespecting the Law
What Do We Learn from ‘Jesus Begins His Work’?

I need your help! Jesus without Baggage is growing and has been ever since it began almost three years ago. However, it is not growing as quickly as it should; I have fewer than 1500 followers. If you enjoy this blog and approve of its message, there are several things you can do.

2. Share the posts you like with your friends by any method you wish. There are several sharing options below this message that make it easy to do; if you want more options, let me know and I will add them. You can also share directly from the Jesus without Baggage Facebook page.

3. Comment on the posts to let us know how you feel about, respond to, or add to, the content. Comments make the posts more interesting for readers and also help me to know how I can better proceed in the future. I make many decisions based on comments.

If you can do any or all of these things it will make Jesus without Baggage stronger and more effective. Thank you so much for your support; you don’t know how much I appreciate it.

27 Responses to What Do We Learn from ‘Jesus Begins His Work’?