Outer Darkness, Weeping, and Gnashing of Teeth in Matthew

Posted on July 7, 2015 by jesuswithoutbaggage

Luke mentions weeping and gnashing once, whereas Matthew mentions the phrase five times. It appears in a variety of settings, and by looking at them I think we can get a good idea of what Jesus meant.

Keep in mind that Matthew uses ‘kingdom of heaven’ instead of ‘kingdom of God’, which is the same thing. Many Jews did not like to use the word ‘God’ and substituted ‘heaven’, but it is not heaven that is in view here.

This post is a little longer than usual because of more biblical context, so I have tried to keep commentary to a minimum. 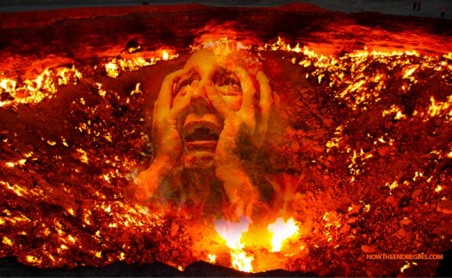 The passage most similar to Luke’s is found in chapter 22. Both involve metaphors of the kingdom of God as a celebratory feast, and the lesson and audience seem to be the same as well.

But they paid no attention and went off—one to his field, another to his business. The rest seized his servants, mistreated them and killed them.

Who are these people invited to the feast? I think we should look to a segment of Jesus’ audience who condemned his message at every turn; they were the Jewish religious leaders—the very people who should have been first to embrace the message of the establishment of the kingdom. They are the most logical ones to celebrate the kingdom feast, yet they go about their business and ignore the invitation.

Then he said to his servants, ‘The wedding banquet is ready, but those I invited did not deserve to come. So go to the street corners and invite to the banquet anyone you find.’ So the servants went out into the streets and gathered all the people they could find.

Those who did accept Jesus’ message of God’s kingdom, as represented by the invitation to the feast, were common folk that the Jewish religious leaders despised as being beneath their high level of (self) righteousness.

But when the king came in to see the guests, he noticed a man there who was not wearing wedding clothes. He asked, ‘How did you get in here without wedding clothes, friend?’ The man was speechless. Then the king told the attendants, ‘Tie him hand and foot, and throw him outside, into the darkness, where there will be weeping and gnashing of teeth.’

Attention is given to an individual who represents those who claim to deserve participation in the kingdom feast (the self-righteous Jews). However, instead of stealing a place at the table, he is cast out into the darkness outside. As in Luke, the weeping and gnashing of teeth signify the distress and indignity of being ignored and of privilege and ‘righteousness’ going unrecognized and unrewarded.

In chapter 13, Jesus tells a number of parables about the kingdom of God. They include warnings about not paying attention to the kingdom message or being distracted by other concerns.

The first one mentioning weeping and gnashing of teeth is about good and bad seed that are sown in the kingdom. Jesus says of harvest time:

I will tell the harvesters: First collect the weeds and tie them in bundles to be burned; then gather the wheat and bring it into my barn.

Jesus explains the parable to his disciples:

As the weeds are pulled up and burned in the fire, so it will be at the end of the age. The Son of Man will send out his angels, and they will weed out of his kingdom everything that causes sin and all who do evil. They will throw them into the blazing furnace, where there will be weeping and gnashing of teeth. Then the righteous will shine like the sun in the kingdom of their Father.

A blazing furnace with weeping and gnashing of teeth certainly seems like a reference to burning hell!

But it is not.

The blazing furnace is simply part of the imagery of the weeds. Weeds are burned; people are not. However, this is a warning that those who don’t take the kingdom seriously will be outsiders.

The kingdom of heaven is like a net that was let down into the lake and caught all kinds of fish. When it was full, the fishermen pulled it up on the shore. Then they sat down and collected the good fish in baskets, but threw the bad away. This is how it will be at the end of the age. The angels will come and separate the wicked from the righteous and throw them into the blazing furnace, where there will be weeping and gnashing of teeth.

But then Jesus adds an interesting observation:

Therefore every teacher of the law who has become a disciple in the kingdom of heaven is like the owner of a house who brings out of his storeroom new treasures as well as old.

This directly addresses the teachers of the law—scribes and Pharisees—and it is positive instead of negative. Those who do become disciples of the kingdom will not have to abandon their learning but will be able to bring out new treasures. This suggests, perhaps, that the bad fish that are thrown away are those religious leaders who do NOT become disciples of the kingdom.

In this parable, Jesus speaks along the same themes as in the parables already discussed.

Suppose that servant is wicked and says to himself, ‘My master is staying away a long time,’ and he then begins to beat his fellow servants and to eat and drink with drunkards. The master of that servant will come on a day when he does not expect him and at an hour he is not aware of. He will cut him to pieces and assign him a place with the hypocrites, where there will be weeping and gnashing of teeth.

The parable of the talents illustrates the same thing—those who only pretend to serve the cause of God’s kingdom will be disappointed.

‘Master,’ he said. ‘I was afraid and went out and hid your gold in the ground. See, here is what belongs to you.’

His master replied, ‘You wicked, lazy servant! You should have put my money on deposit with the bankers, so that when I returned I would have received it back with interest…throw that worthless servant outside, into the darkness, where there will be weeping and gnashing of teeth.’

The next passage is not a parable but a story of a centurion who approaches Jesus for help. In the interaction, the gentile centurion shows great respect for who Jesus is, something the self-righteous Jews will not do. Jesus responds:

I have not found anyone in Israel with such great faith. I say to you that many will come from the east and the west, and will take their places at the feast with Abraham, Isaac and Jacob in the kingdom of heaven. But the subjects of the kingdom will be thrown outside, into the darkness, where there will be weeping and gnashing of teeth.

His response to the centurion’s words are almost identical to Luke’s story, and the lesson is very specific. The self-righteous Jews (the subjects of the kingdom) who should have been the primary ones to sit at the kingdom feast are supplanted by those they consider far beneath them in God’s favor.

How Does the Outer Darkness of Weeping and Gnashing of Teeth Relate to Eternal Burning Hell?

However, these passages do have an important message for us. If we think we represent God’s favorite people, and if we judge and condemn sinners and exhort them to be righteous like us, and if we are pleased with ourselves for the way we understand God so well and powerfully preach his holy word in judgment; then we might take warning lest we be surprised, embarrassed, and disappointed when we have no honored place at the kingdom feast.

24 Responses to Outer Darkness, Weeping, and Gnashing of Teeth in Matthew