What are the Practical Implications of Loving Others as Ourselves?

Posted on August 18, 2014 by jesuswithoutbaggage

In my last post I shared that believers are not required to live by any list of religious laws or rules. Instead we should make moral decisions based on Jesus’ teaching, supported by his actions, that we should live by the principle of loving the Father, ourselves, and each other.

However, many believers are legalists who think we are bound by biblical rules. Some declare that without observing biblical rules we will fall into sin and be punished forever in hell. I don’t think so. Living by the principle of loving others is a far stronger morality than following rules, but choosing this path leads to implications that can radically change our behavior compared to observing religious rules. 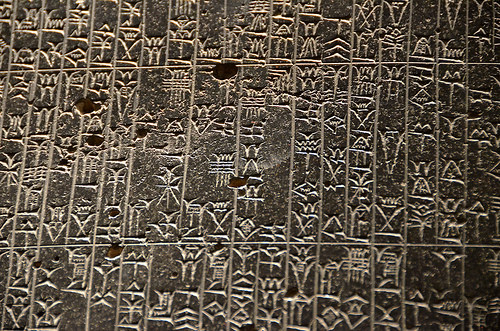 The Code of Hammurabi

Some Immoral Behaviors are Obviously Harmful

Recently, a friend mentioned to me that the commandments in the Bible are the source of all morality. I suggested they were not–and added that even the Ten Commandments are not the foundation of morality.

In shocked amazement he replied, “What! It’s okay to kill and steal!”

Of course not. Everyone knows it’s wrong to kill or steal. We don’t need a commandment to tell us that. No group can exist without controlling these behaviors, so every society in the world has laws against killing and stealing.

Perhaps you are aware of the ancient Code of Hammurabi, written long before the time of Moses. Similar to Leviticus, the law code prescribes penalties for a wide assortment of social behaviors including killing and stealing. It also includes penalties for adultery. Moses did not introduce the ideas that murder or theft were wrong; this is clear to everyone.

Both killing and stealing hurt people. In Matthew 15, the Pharisees were upset that Jesus did not meet their legalistic expectations. Jesus responded with a list of truly bad behaviors, and they all relate to hurting other people.

Don’t you see that whatever enters the mouth goes into the stomach and then out of the body? But the things that come out of a person’s mouth come from the heart, and these defile them.

For out of the heart come evil thoughts—murder, adultery, sexual immorality, theft, false testimony, slander. These are what defile a person; but eating with unwashed hands does not defile them.

In Terms of Harm, Some Religious Rules Lose Significance

If we make moral decisions based on avoiding harm to ourselves and others, many legalistic rules are almost meaningless. Among the ‘sins’ I faced 40 years ago were: attending theaters, dancing, playing cards, and so forth. Men couldn’t wear their hair over their ears; women couldn’t cut their hair at all, and they couldn’t wear jeans.

Many of those religious rules were cultural, and none of them was innately harmful. The real harm, however, is that using rules as an absolute, one-size-fits-all guide prevented people from learning discretion or developing moral growth. Behavior was based, not on consideration for people, but on rules imposed by authorities.

This sort of legalism also teaches that holiness, or spirituality, means living by the rules and don’t necessarily involve treating other people with love. Instead, judgmentalism, bullying, exclusion, and gossip are common in legalistic circles.

Loving Others instead of Rules Changes Behavior

When I began to move from concern for religious rules to concern for people, some of my religious views changed. The first had to do with race. I came of age during the civil rights movement, and I am ashamed to say that I was intensely opposed to it. I agreed with the religious arguments against the mixing of the races—but not for long.

One day I read a statement by Paul in a new light: There is neither Jew nor Gentile, neither slave nor free, nor is there male and female, for you are all one in Christ Jesus.

I realized in an instant that I was not better than a black person; we were equal in Jesus. Of course, this was still a case of taking a biblical statement as directive, but it changed my thinking and put me on the path of considering people instead of inherited rules. By the time I finished high school, I was a civil rights advocate.

Many years later, I considered my inherited views about another despised and excluded group—gays. The legalistic rules regarding gays were ingrained in my religious culture, but I began to question the idea that God had designated this group for special rejection and even hatred. In considering gays as people, I began to ask whether being gay was harmful to themselves or others. I was aware of the accusations of harm; you know them and I will not enumerate them here.

But the harm I perceived resulted primarily from those who persecuted them. I began to support acceptance in society and equal rights. Then, after determining that there is no moral reason to reject gays at all, and reflecting deeply on Jesus’ radical inclusion of people, I advocated full acceptance and integration of gay believers into the church, including leadership positions, ordination, and marriage. I think people are more important to God than church rules.

I believe these views are consistent with Jesus’ teaching of loving others as ourselves. Next time, we will discuss how this might apply to another thorny issue with many legalistic associations—divorce.

16 Responses to What are the Practical Implications of Loving Others as Ourselves?