Gays and the Inclusiveness of Jesus

Posted on April 24, 2014 by jesuswithoutbaggage

When I began to consider whether God accepted gays, I started studying. One advocate stated definitively that Jesus himself accepted gays. This was very encouraging and I listened eagerly for the evidence because I couldn’t think of any scriptures to support the statement. 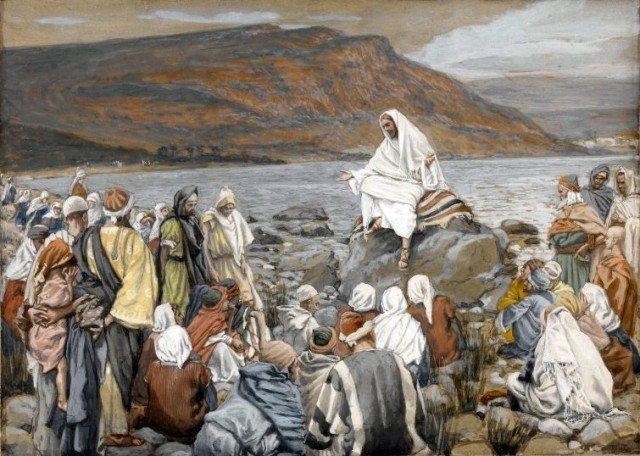 Fortunately, an opponent pushed her on the question. ‘How do you know?’, they asked. I waited for scriptural support, but instead the advocate responded: ‘He was inclusive.’

Since she supplied no proof-texts, I was unconvinced; but I continued to deliberate on it.

Are There Accepted Gays in the Bible?

Some advocates identify a gay man in Jesus’ ministry. Matthew 8 tells the story of a centurion who asked Jesus to heal his paralyzed servant, and Jesus healed him. The issue hinges on the fact that the word translated ‘servant’ can also mean a youth who is the male lover of an older man, a common practice in gentile culture.

This might stimulate our imagination, but I had a very close friend in my youth. We bonded deeply yet no sexual feelings were involved; you might have had such a buddy yourself.

These ‘discoveries’ of gays in the Bible could be valid, but assertions from limited facts are very tenuous. Building an argument on them is similar to anti-gays using tenuous biblical arguments for support.

These cases, plus those of the eunuch in Acts 8 and of Naomi and Ruth, are discussed at Gay Couples in the Bible, but I don’t find them compelling.

The Inclusiveness of Jesus

People commonly remark about Jesus’ inclusiveness, which was in stark contrast to the religious leaders who were not inclusive—the Pharisees. And the Pharisees noticed!

On one occasion, Jesus called a tax collector to follow him. He did, and guess what happened. Luke 5 says:

Then Levi held a great banquet for Jesus at his house, and a large crowd of tax collectors and others were eating with them. But the Pharisees and the teachers of the law who belonged to their sect complained to his disciples, “Why do you eat and drink with tax collectors and sinners?”

Luke 7 speaks of another dinner:

When one of the Pharisees invited Jesus to have dinner with him, he went to the Pharisee’s house and reclined at the table.

A woman in that town who lived a sinful life learned that Jesus was eating at the Pharisee’s house, so she came there with an alabaster jar of perfume. As she stood behind him at his feet weeping, she began to wet his feet with her tears. Then she wiped them with her hair, kissed them and poured perfume on them.

When the Pharisee who had invited him saw this, he said to himself, “If this man were a prophet, he would know who is touching him and what kind of woman she is—that she is a sinner.”

Jesus knew ‘what kind of woman she was’. She was marginalized and oppressed. The Pharisees were very picky in their legalism and refused to eat with those who wouldn’t, or couldn’t, observe their lofty rules—they called them sinners.

But Jesus ate with them.

Jesus was very supportive of those marginalized by the religious leaders. Unlike the Pharisees, Jesus was accepting of women, Samaritans, lepers, and Gentiles in addition to tax collectors like Zacchaeus and ‘sinners’ like the adulterous woman.

Come to me, all you who are weary and burdened, and I will give you rest.

Yes, Jesus was inclusive! The only group he took to task were self-righteous religious leaders. He said to them in Luke 11:

You experts in the law, woe to you, because you load people down with burdens they can hardly carry, and you yourselves will not lift one finger to help them.

And yet…Jesus even accepted religious leaders willing to challenge their legalism.

Pharisees branded everyone a sinner who did not act and believe as they did. In this sense, gays are sinners just like Sabbath-breakers are—and just as I am, today, because I don’t believe in hell. But these are not ‘sins’ in the Father’s eyes. The supposed ‘sin’ of being gay is more akin to the ‘sin’ of being black.

Over previous posts we learned that the Bible doesn’t call same-sex attraction a sin. LGBTs should be included as equals in the church, get married in the church, and teach or hold office in the church. LGBTs are neither rejected by, nor are they second class members of, the church of Jesus. If we choose to reject gays, we are out of step with the inclusiveness of Jesus.

Next time, I will offer concluding comments on gays and the church, so if you have questions you want addressed just comment below. I will also introduce the person I consider to be The Leader among gay Christians.

67 Responses to Gays and the Inclusiveness of Jesus