Posted on June 24, 2013 by jesuswithoutbaggage

The U.S. Supreme Court determined in Edwards v. Aguillard (1987) that teaching creationism in public schools had no secular purpose, advanced a religious viewpoint, and excessively entangled religion and government. So creationists adopted a new strategy to get creationism into schools—Intelligent Design (ID). 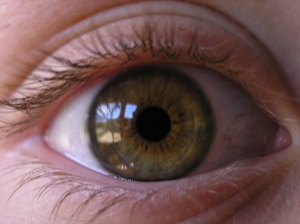 Intelligent Design attempts to prove that the complexity of the universe and life in the universe could not arise on its own but requires a designer. The difference between creationism and ID is that ID carefully avoids identifying this designer as God.

In order to get around the results of Edwards v. Aguillard, design proponents deny that they are promoting creationism, but creationism was the immediate source for ID. One clear demonstration of this is Of Pandas and People—the first ID book developed for classroom use.

Discovery Institute Center for Science and Culture is the driving force behind ID. The introduction to its Wedge Document, which describes goals and strategies, begins:

The proposition that human beings are created in the image of God is one of the bedrock principles on which Western civilization was built. Its influence can be detected in most, if not all, of the West’s greatest achievements, including representative democracy, human rights, free enterprise, and progress in the arts and sciences.

The five year strategic plan summary (1999-2003) lists among the governing goals: To replace materialistic explanations with the theistic understanding that nature and human beings are created by God. This again points to the creationist connection to ID.

Irreducible Complexity and the Fine-tuned Universe

The best known ID arguments used to prove that complexity requires a designer are irreducible complexity and the fine-tuned universe. The argument from irreducible complexity states that some biological functions could not develop by natural selection. For example, the eye comprises many functions that must work together, and they could not have developed randomly because a partially developed eye would provide no advantage, therefore the partially developed functions would not have been conserved through natural selection.

The fine-tuned universe argument states that the universe is so perfect for life that it must be designed. If just one of a large number of factors differed by a small degree we would not exist. Therefore the universe, fine-tuned for life, must have been designed.

Though I believe firmly that the Father cares for us and has an incredible future prepared for us, I have no opinion as to whether evolution was driven by design or natural selection. One would not be able to tell the difference because the process appears natural and the result appears designed.

The underlying presupposition of ID is that a complex system cannot arise without a designer, and herein lies the flaw. Naturalistic evolutionist Richard Dawkins engages ID by stating in The Blind Watchmaker, page 140:

Any God capable of intelligently designing something as complex as the DNA/protein machine must have been at least as complex and organized as that machine itself.

This is a valid argument against the claims of Intelligent Design. If the complex fine-tuning of the universe and irreducible complexities of biology require a designer, then who designed the designer?

Theologians contend that God is self-existent; the concept is called aseity. But if a complex God can exist without a designer, it destroys the assertion of Intelligent Design that complexity must have a designer.

I believe in God, but Intelligent Design fails as a proof for God and it fails as science.

15 Responses to The Intelligent Design Flaw