Are Christians Persecuted in America?

Posted on June 6, 2013 by jesuswithoutbaggage

Some evangelicals and other Christian conservatives in the United States often complain that they are persecuted constantly by liberals, the public, and the government. As an evangelical, I hear it all the time and I am sure you do too. 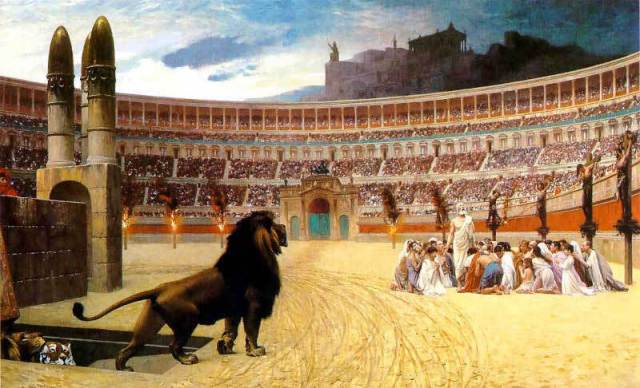 Is it true? Are Christians the victims of wide-spread persecution? I say we are not. Are we sometimes objects of anger, resentment, and defiance? Yes we are, but this is not persecution.

Loss of Privileged Status is not Persecution

Some Christians complain that they are shut out of public schools; prayer and Bible reading are not allowed. It is true that public schools cannot sponsor these Christian symbols, though certainly Christian students can bring their Bibles to school and they can pray, and this is different from the way it used to be. I was in public school when we still read the Bible and prayed every day as a class before beginning our studies. We can no longer do that.

However, while these Christians want to return to the days when Christian ritual was standard in public schools, the loss of that privilege is not persecution. It is only the result of refusing schools the option to favor a religion. Loss of a privileged status is not persecution.

These ‘persecuted’ Christians are not at all interested in allowing Muslim, Buddhist, or other religious practices in the school; they only wish to regain the privilege for themselves.

The same is true of other attempts to retain privileged status in the public square such as the 10 Commandments in schools and courthouses or nativity scenes on public property. The goal is not religious equality but Christian dominance. Some Christians even become angry when private retailers choose to wish their customers a happy holiday instead of a merry Christmas.

Push Back to Condescension and Aggression is not Persecution

Some Christians have a habit of expressing disagreement with others using extremely arrogant and hateful attitudes. Whether it is against gays, evolutionists, atheists, liberal Christians, or others, these Christians act as though only they have the truth, so everyone else must conform to their judgment. They wish to force their beliefs and values on everyone—by law if necessary.

People are tired of Christian bullying and condescension.

Instead of discussion, many Christians prefer drawing battle lines, defining the enemy, and attacking them with every resource they have. Where is the love of Jesus in this?

Of course this produces push-back from those who are attacked, and the push-back can be fierce but it is not persecution. Christians are aggressive in their attacks and then whine about persecution when there is push-back. Every question, disagreement, or challenge is considered an unfair attack on Christianity.

The United States still has symbols of civil religion; there are references to God in our pledge and on our money, and high level politicians often engage in prayer or religious references. Yet Christians are concerned that these symbols will disappear, and they declare that we are moving from our foundations as a Christian nation.

The Thaw Video – A Call to Battle

Recently, a video was produced by Christian young people expressing this attitude of persecution. Take a look at this short 5:38 video and tell me: Are these people persecuted or are they a Christian army out for domination?

And we wonder why unbelievers are not responsive to the good news of Jesus!

32 Responses to Are Christians Persecuted in America?