Posted on March 28, 2013 by jesuswithoutbaggage

Sometimes a crisis moment occurs that changes something about us forever. Today, I will share such a moment from my life—how I experienced the loss of God.

I was a creationist. Growing up a fundamentalist, and later being an evangelical, I had no qualms about creationism and the global flood, and I accepted that the Bible taught both in Genesis. I also believed in ‘defending the faith’ and I was good at it. However, I did not like sloppy and inadequate materials that did not address the real issues of evolution, so when the creation-science movement came to prominence in the 1970s, I was ecstatic.

When I was an Enthusiastic Creationist

Creation-science teaches that God created separate species (kinds) that do not change except within their created limits; one species does not evolve into other species. All species were represented at the creation event. Therefore, man did not evolve from earlier species but was specially created by God, and man lived together with all species, including dinosaurs, in early earth. 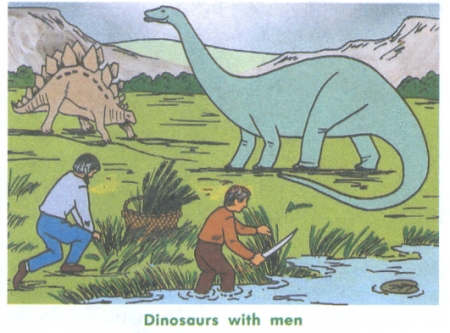 The flood of Noah is understood to be a world-wide (global) flood in which all people and all non-aquatic animals were killed except for the representatives on the ark. This flood accounts for the geographical strata we find throughout the earth today.

I was excited by these new books, particularly The Genesis Flood by Henry M. Morris and John C. Whitcomb, and they inspired me to develop a novel about the global flood; I still think my story was quite creative! One thing that bothered me, though, was the insistence of these authors on a young earth—an earth created no earlier than about 10,000 years ago; I thought insistence on literal 24-hour days of creation was unnecessary since a ‘day’ might have represented any length of time.

Over the next many years, I consumed these books but began to have doubts. My doubt resulted not from evolutionary proofs but from the creation-science books, themselves. As I continued to read, I began to ask, ‘Is this all we have? Are these our best arguments?’

I also wondered how the Genesis writer knew such detail about what happened at the beginning of time. Could the stories have been passed down from Adam generation-by-generation? I spent many sleepless nights with this problem until I concluded it was impossible for such stories to remain intact for the time required between Adam and Moses, and I thought it unlikely that God would dictate the stories directly to Moses so he could include them in Genesis.

I still had no inclination to accept evolution, though it was a reasonable and consistent system, because there were gaps in the theory. But I began to wonder what the Genesis creation and flood stories could mean if they were not what I had understood them to be.

Then in 1993, I read a commentary that demonstrated that the stories were written to counter similar Mesopotamian stories in which, for example, warfare among the gods resulted in the earth being created from the corpse of the vanquished. The Genesis stories, instead, depicted the creator as an orderly and thoughtful God rather than a chaotic group of super-beings.

This seemed very reasonable to me: the Genesis creation story should not be read as history but as a different genre—a corrective tract against crude Mesopotamian mythology. This change in my perspective was not difficult. Though I accepted the authority of ‘scripture’, I already understood the importance of reading texts in their proper genre; I had previously abandoned dispensationalism in part due to my respect for apocalyptic genre.

Rejecting Creationism Leads to a Deep and Unexpected Crisis

However, I soon experienced the greatest crisis of my spiritual life. Leaving creationism led to an unexpected development in which I underwent more than a year of deep depression and agony as I grieved the loss of God. It was my darkest period.

I describe that dark period in My Spiritual Crisis (Part 2).

Articles in this series: My Spiritual Crisis

15 Responses to How Rejecting Creationism Led to Deep Spiritual Crisis