What Does Jesus Think of Sinners Today?

Posted on March 4, 2013 by jesuswithoutbaggage

The picture of Jesus in the Gospels indicates that he was harsh with religious believers who looked down on the common people, whom they called sinners. In fact, Jesus loved ‘sinners’ and spent much of his time and energy with them. What kind of ‘sinners’ and common people did Jesus embrace? The Gospel of John gives us an idea:

The Gospel of Luke adds others: 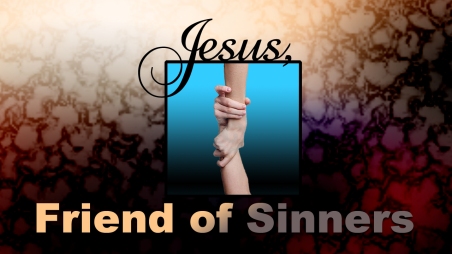 The religious leaders of the day, the Pharisees, complained routinely whenever Jesus associated with these ‘sinners’. They had no time for those who were so hopeless. In fact, Jesus accused the religious ones of making life even harder for these ‘sinners’ than it already was, ‘Woe to you, because you load people down with burdens they can hardly carry, and you yourselves will not lift one finger to help them.’ (Luke, chapter 11)

Jesus, on the other hand, said to these ‘sinners’, ‘Come to me, all you who are weary and burdened, and I will give you rest. Take my yoke upon you and learn from me, for I am gentle and humble in heart, and you will find rest for your souls. For my yoke is easy and my burden is light,’ (Matthew, chapter 11). Jesus was intent on relieving people of religious baggage and was angry that the religious leaders were, instead, adding baggage.

If Jesus were to visit us today, what kinds of ‘sinners’ might he embrace? Here are a few possibilities:

How Do We Embrace Sinners as Jesus Did?

How do we, as religious leaders and followers of Jesus, think of these ‘sinners’? Too often, we ignore them, rebuke them, or even hate them. Instead of embracing them as Jesus does, we draw lines between us and them. To be acceptable, or even approachable, they must believe certain doctrines and adhere to detailed behavioral codes—they are ‘sinners’. We impose a lot of religious baggage.

Jesus did not come to judge sinners. Rather, he came to give us rest and loosen our burdens. I believe that if Jesus were living among us today, he would be somewhat harsh with many of us, just as he was in his own day. But remember that Jesus is also loving, accepting, and inclusive. Judgmental religious believers are simply another class of sinner that needs rest from burdens.

Does this mean that behavior doesn’t matter? Of course behavior matters, but not in the way we usually think. We will discuss this next time.

A question for you—what do you think of sinners today? Leave a comment below.

21 Responses to What Does Jesus Think of Sinners Today?