Paul Had Remarkable Insights but He was not Inerrant

Posted on February 6, 2013 by jesuswithoutbaggage

Paul looms large in the New Testament, in church history, and in theology. To many, he is the authoritative source of their detailed theologies–a reservoir of revelation from God.

I agree that Paul made invaluable contributions to the spread of Jesus’ message and to our understanding of that message; but Paul is neither inerrant nor authoritative. He was a brilliant man with wonderful insights into Jesus and his work; he was creative and inspiring; but he was not inerrant.

Paul is unmatched in working through the meaning of Jesus and applying Jesus’ message to early believer communities in a practical way. But he is not inerrant; in some cases I believe Paul is even mistaken. 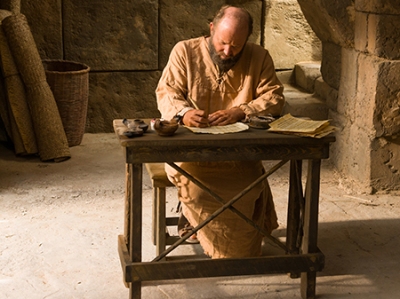 Paul as Thinker, Leader, and Author

Paul was first of all a preacher of the good news, but he didn’t simply quote the sayings of Jesus. Instead he tried to explain the good news–especially as it affected the gentiles. For example he used various metaphors to illustrate our relationship to the kingdom of God; he spoke of being grafted into a tree and of being part of a building. He called believers the body of Christ but also the bride of Christ.

Paul used these metaphors simply to help explain how we are the kingdom of God on earth, but some believers latch on to these various metaphors to create detailed doctrinal views that Paul did not intend. And they then consider Paul as the authoritative, inerrant source for their doctrinal views. This is a misguided approach to Paul

Paul wrote letters to the churches he had established. He was a figure of respect to these groups and often responded to questions and to local issues–often giving advice and even direct orders on how local issues should be handled. Unfortunately, some believers today take his advice and instructions in these cases as God’s universal law when they are only opinions relating to local situations of that time.

Many of Paul’s answers and opinions might be appropriate within the culture in which he lived but not to other cultures; they are not God’s universal law.

Paul is Susceptible to Mistakes as We All Are

In some cases, though, it seems that Paul is simply mistaken. One case has to do with the story of Adam and Eve in the garden. Now Paul might have used the garden story in Romans 15 as a literary reference to illustrate his thoughts, but it seems that Paul assumes the story to be historical and understands it as a description of the fall of mankind and the source of original sin.

This is one reason creationists are so adamantly against evolution. If Adam is not historical then there is no basis for original sin. I think Paul was just mistaken.

Another of Paul’s comments is used today as an essential point in discussions about homosexuality. In Romans 1 Paul writes that:

God gave them over to shameful lusts. Even their women exchanged natural sexual relations for unnatural ones. In the same way the men also abandoned natural relations with women and were inflamed with lust for one another. Men committed shameful acts with other men, and received in themselves the due penalty for their error.

The implication is that God views homosexuality in this very negative way. This is the primary supporting biblical passage against homosexuality, and insistence on this view is often passionate. Now it is likely that this is not Paul’s own opinion at all but a description of a common Jewish opinion against gentiles. But if this is Paul’s own opinion, then I think Paul is mistaken.

This does not diminish my respect for Paul and his positive contributions. He has added much to our understanding of Jesus’ work, but I am not bound to follow him in his erroneous opinions. I am sorry Paul wrote them, but I do not expect Paul to be perfect. Perhaps if Paul were alive today he would have different opinions.

The question arises, ‘If Paul is mistaken in some of his statements perhaps Jesus’ followers who compiled the Gospels are also mistaken.’ I am sure that in places they are inaccurate in some details and sequences, but the main thrust of their story of Jesus is so compelling that I do not believe they are mistaken in that. The Jesus I meet in their stories is the foundation of my life and of my evaluation of the rest of the Bible.

What do you think of Paul’s writings? Let me know in the comment section below.